Ekta Kapoor, Dinesh Vijan, Imtiaz Ali, Nitesh Tiwari, and others met the Governor of Jammu & Kashmir to discuss reviving film shoots in the state recently. After months of lockdown, the shooting of the films and TV have begun in the country. Many states have been now opened theatres as well including Maharahastra that has allowed 100% capacity. 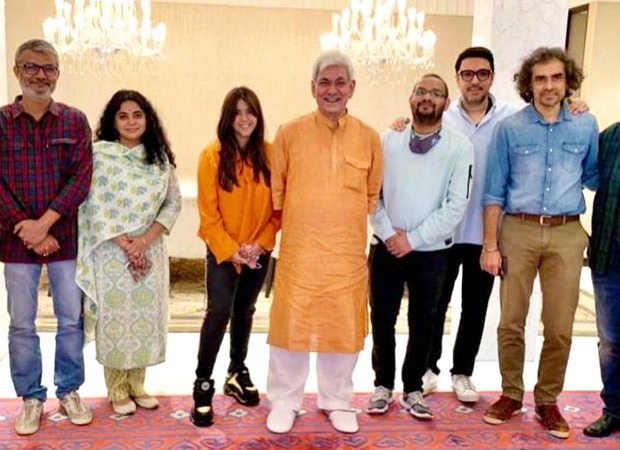 They met to share ideas & discuss various opportunities to revive Bollywood's patronage with Kashmir. More films, more web series & more entertaining content must be shot in the valley. Lt Governor of Jammu & Kashmir, Manoj Sinha were very welcoming of these ideas & assured complete cooperation from the state in this regard.

Filmmakers Karan Johar and Rohit Shetty were part of this discussion via call!