In 1806, the first baby, James Madison Randolph, was born in the White House. He was the grandson of President Thomas Jefferson.

In 1871, Andrew Hallikie received a patent for a cable car system that went into service in San Francisco in 1873. 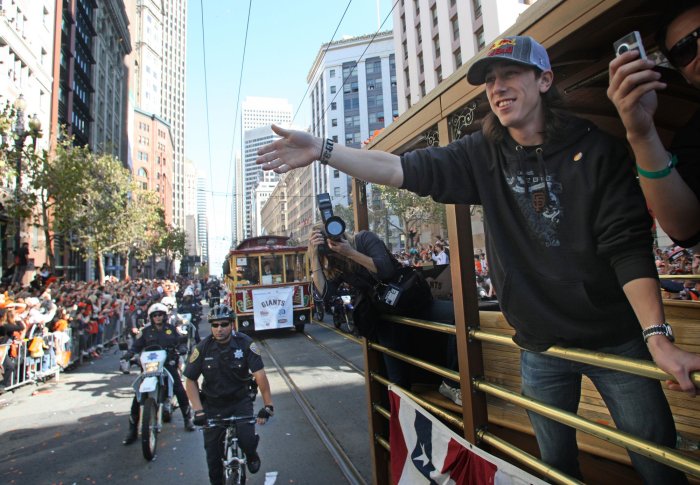 In 1893, Queen Liliuokalani of Hawaii was deposed in a bloodless revolution and a provisional government was established, with annexation by the United States as its aim.

In 1912, one month late to the party, Captain Robert Falcon Scott arrives at the South Pole. Ronald Amundsen got there first.

In 1917, the United States bought 50 of the Virgin Islands in the West Indies from Denmark for $25 million.

In 1920, Alexander Berkman and Emma Goldman, having been deported from the United States, announced that they intend to organize a great society in Soviet Russia, its prime objective would be the promotion of “social revolution in the United States.”

In 1929, Popeye, his spinach, and his “guns” debut in the comic strip, Thimble Theatre.

In 1966, a U.S. B-52 bomber carrying four hydrogen bombs collided with its refueling plane over Palomares, Spain, scattering radioactive plutonium over the area.

In 1977, convicted killer Gary Gilmore was executed by firing squad in Utah. It was the first execution since the U.S. Supreme Court reinstated the death penalty the previous year.

In 1991, Harald V became king of Norway after the death of his father, King Olav V.

In 1995, a powerful earthquake rocked Kobe, Japan, and the surrounding area, killing about 5,500 people.

In 1996, Sheik Omar Abdel Rahman was sentenced to life in prison and 16 others were also sentenced for plotting to bomb the United Nations.

In 1998, U.S. President Bill Clinton denied in a sworn deposition that he had an affair with former White House intern Monica Lewinsky.

In 2013, U.S. cyclist Lance Armstrong, in an interview broadcast on OWN (the Oprah Winfrey Network), said he used banned substances and blood transfusions in all of his Tour de France wins.

In 2017, President Barack Obama commuted the sentence of Chelsea Manning, the former Army intelligence whistleblower who leaked classified information to WikiLeaks in 2010.