The Union government has finally announced 100% occupancy in cinemas from February 1. This has created a flutter in the trade and industry and the filmmakers have begun to seriously plan the release dates of their mid-sized and big films. Bollywood Hungama had reported yesterday that Sooryavanshi, starring Akshay Kumar and directed by Rohit Shetty, will be the first big film to arrive in cinemas, on April 2. It is co-produced by Reliance Entertainment and it’s already planning to release their other biggie, ’83, in cinemas soon. 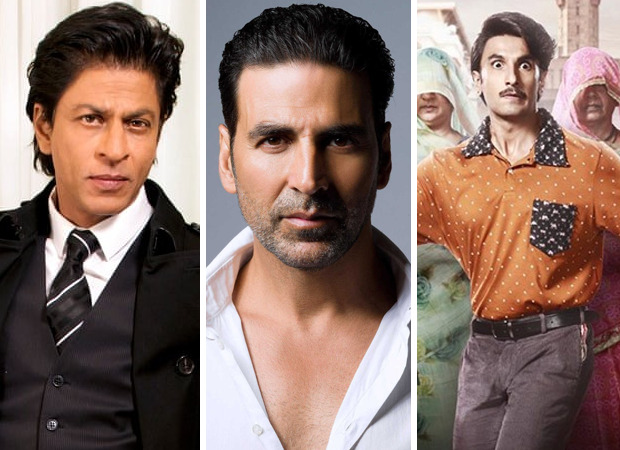 On the other hand, the premiere production house, Yash Raj Films (YRF), too has begun to plan the release schedule of its films. A trade source reveals, “Yash Raj Films has multiple films in its kitty. Though they had offers from the OTT platforms, they decided to wait it out for cinemas to function at full capacity and for normalcy to return. Now that the situation is slowly improving, Aditya Chopra and his team are already in the process of unveiling its release calendar soon. They are looking at releasing their films from July 2021 onwards.”

There have been reports that YRF is looking at releasing Pathan, the action extravaganza starring Shah Rukh Khan, on Diwali. At this, the source says, “Since most of their films are tent pole ones, a festive release can’t be ruled out. However, the producers have not yet decided which film to bring on the Festival of Lights. However a release on Diwali is confirmed.”

Yash Raj Films has 7 films in the pipeline, which are fully ready or in production. Sandeep Aur Pinky Faraar, starring Arjun Kapoor and Parineeti Chopra, was supposed to release on March 20, 2020 but was indefinitely pushed ahead due to the lockdown. It is expected to be the first YRF flick to hit cinemas. The other flick that might release before Sandeep Aur Pinky Faraar is Bunty Aur Babli 2. It’s the sequel to the 2005 comedy hit Bunty Aur Babli and stars Saif Ali Khan, Rani Mukerji, Siddhant Chaturvedi and Sharvari Wagh. Ranveer Singh-starrer Jayeshbhai Jordaar, a social comedy, is ready since a long time and is sure to make it to the theatres in 2021.

Speaking of YRF biggies, Pathan stars Shah Rukh Khan along with Deepika Padukone and John Abraham. It is directed by War (2019) director Siddharth Anand and is a part of YRF Spy Universe. Salman Khan will be playing a cameo in this film, reprising his role of Tiger. Meanwhile, Prithviraj is a historical, starring Akshay Kumar, Sanjay Dutt, Manushi Chhillar and Sonu Sood and directed by Dr Chandraprakesh Dwivedi. The other period commercial film in YRF’s kitty is Shamshera, starring Ranbir Kapoor, Sanjay Dutt and Vaani Kapoor.

Their seventh film is on floors, starring Vicky Kaushal and directed by Vijay Krishna Acharya. And as per reports, Tiger 3, the sequel to Ek Tha Tiger (2012) and Tiger Zinda Hai (2017), will go on floors in a month. However, it’s expected to release only next year.